During the period 1-7 June 2015, a second study visit was conducted within Component 2 of the “Twinning Project for Agency for Land Relations and Cadastre – Organization, streamlining and computerisation of mapping process in R. Moldova “, financed by the European Union. The study visit was held at State Geodetic Administration from R. Croatia (junior project partner) by the R. Moldova’s delegation composed of two representatives of Agency for Land Relations and Cadastre and one representative from each of the following institutions: SE “State Roads Administration”, SE “Cadastru”, Institute for Forestry Research and Planning, Agency “Apele Moldovei” and National Bureau of Statistics. All above mentioned organisations are part of the working group for implementing the Twinning project and agreed to participate in project activities within Component 2, having as a mandatory result – demonstration of a regional Spatial Data Infrastructure on a pilot-district in R. Moldova.

During the study visit, the participants were acquainted with the activity of State Geodetic Administration from R. Croatia, studied the practical way of establishing and operating the National Spatial Data Infrastructure (NSDI) from this country, and had several meetings with other state institutions which are participants (subjects) to Croatian NSDI: Ministry of Constructions and Physical Planning, Rural Payments Agency for Agriculture, Zagreb City Office, Faculty of Geodesy of Zagreb University. The specialised information systems of these institutions have been studied and a live demonstration of how these systems connect and are part of Croatian National Spatial Data Infrastructure was shown. 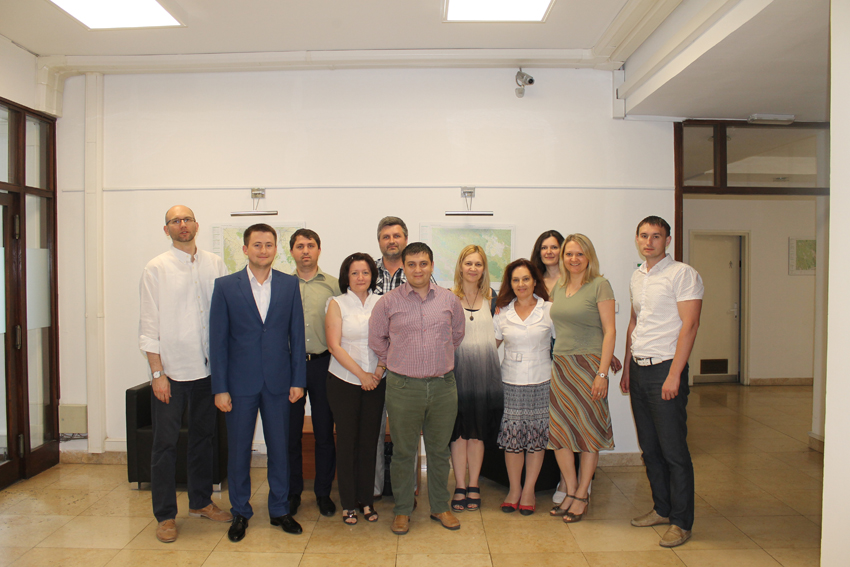 The representatives of Moldovan delegation benefited from numerous presentations and explanations with regard to: evolution of NSDI from early beginning to the current stage, existing cadastral system in Croatia, official cartography, geoportal of State Geodetic Administration and geoportal for National Spatial Data Infrastructure, projects for land use and strategic planning of Zagreb city, metadata and network services, future plans for development. Special attention was devoted to coverage of projects and financing tools which SGA benefited from during the pre-accession period, as well as after joining the European Union, in order to develop NSDI components (geoportal, metadata, services, cooperation, etc.). Additionally, State Geodetic Administration, as representative of R. Croatia, is involved in a complex project entitled “IMPULS”, which is implemented by 6 countries from Western Balkans and which aims to develop the trans-boundary Spatial Data Infrastructure among these countries. Croatian experts presented numerous useful recommendations for Moldovan colleagues and encouraged the establishment and promotion of NSDI at the country level, concluding that the benefits from implementing NSDI in R. Moldova will be much superior and visible as compared to the costs.

The joint participation of representatives from Moldovan stakeholders, selected for implementation of regional SDI, has hopefully strengthened the cooperation among them. The participants have gained a broader understanding of NSDI and had a wonderful opportunity to see good examples of how to cooperate, which, in turn, will result in greater sharing of their information and increase in the overall use of spatial information in the Moldovan society. 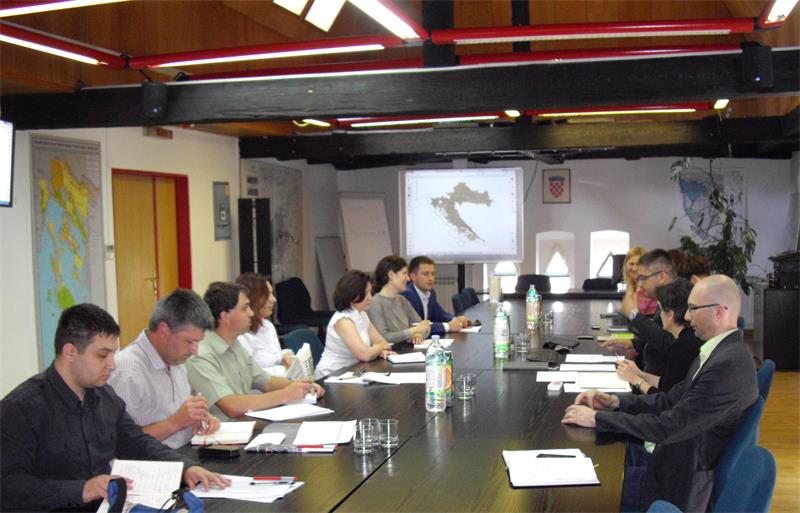